Have you ever dated someone and was really into them and start to plan ya’ll future? I know, I’m not the only one out here. Soo there was this guy I was dating and everything was going too well. Like girl…it felt too good to be true. I’m telling all my friends about him, gushing over him like a school girl, showing pictures. The whole nine. I was feeling the kid. Heavy.

Fast forward to two months in and things started to get real, to make a long story short, we broke up. Due to several reasons that I won’t speak of to respect his privacy. I will say that I thought I was ready for a relationship but I wasn’t. I still had baggage from the past that I was still carrying around and it started to spew out into the relay. Cringe. I realized that I still had trust issues. I was also still struggling with self-confidence.

I’ll admit I was hurt and I missed him often. We had created memories and being with him felt…..right. He said we can be friends, so I felt a little better. At least we can still keep in touch. Girrrl. Two days went by and I reached out. No reply. No biggie. People get busy. I reached out again, no reply.

Final attempt and he texts me back. I told him how I felt about him ignoring me and how he made it seem like he hated me and it was my fault. He apologized and told me what’s been going on with him and then I did it…..I invited him on what was suppose to be my first solo date of 2020.

I know, you’re shaking your head at me as you read this. Yes, I know that was a dumb idea, and I’m aware that I should have stopped contacting him after he ignored me twice. So we meet up and we go to the movies. He greeted me with a huge smile and extended his arms out for a hug. That feeling instantly came back. You know that feeling, kinda like butterflies but not really. Anyway, I was happy to see him of course, and was more happy that we were hanging out.

We talked, laughed, caught up. The usual. Everything felt fine at first. Or at least I thought so. We get to the theatre and we’re still chatting it up during the previews of new movies soon to come out. The movie starts and the lights go down. I had mentioned that I was cold and I was hoping he would pick up on that and cuddle me. Homie offered his jacket, in my head I’m like “Ooh okay. We cool, but not cool like that.”

I was salty! I can’t even front. Lol. We leave the movies and he offered to pay for dinner, so we head to the restaurant and he didn’t have his ID with him so we couldn’t dine in because of that. Stupid rules. So he grabs a menu and says “Wanna order to go?” I said “sure”. We take a gander at the menu and the waitress takes our order.

It feels slightly weird at this moment. Should I invite him over? Do I mention it? Or maybe he’ll just take heed and come with me? Whew girl, I’m tiring myself with these questions. The waitress comes back with our food in take out bags. “What are you bout to do?” I asked him. He replied “Shit, go home, eat this cake I just ordered and that’s it”. That was all the confirmation I needed. He didn’t mention coming over. I got quiet and said I was about to get me an uber.

We go outside and both wait for our overly expensive ride home. At that moment, I felt like this was closure. This was the answer I needed all those times I was wrecking my brain trying to figure out why he was ignoring me. It was clear he had moved on and wasn’t into me romantically anymore. Us women get so caught up in our thoughts about hoping and wishing a scenario to be different.

I had hoped that he would still feel the same way about me. I had wished that he put his arm around me in the movies. I was hoping to rekindle what we once had. Despite my baggage. Why couldn’t I shake this?! We didn’t even date that long. Why was I having a hard time letting this, him go. My ride came first and and I turned around to him, “Enjoy the rest of your night.”, he said. I gave him a dry “You too.”, and got in my uber. There was no farewell hug. No big smile. Just vague words being said to one another.

The whole car ride home I felt upset with myself. This was suppose to be MY solo date. But I just had to invite him. I had to see him. I immediately text my friend and tell her about the night. I got home, got comfy and wrote in my journal. I didn’t feel upset, hurt, or even sad. I really don’t know how to put into words about how I felt. It just felt very platonic. I began to replay the night over in my head and I noticed he wasn’t flirty at all. Definitely wasn’t handsy, hence the coat offer at the movies. Platonic. It felt like two people who were friends just hanging out.

If you saw us walking down Michigan Ave, you would have never thought we were once lovers. Two people who once shared affection, intimacy, and even love. We we were now platonic. It had just donned on me that maybe sometimes that’s all you need for closure. Just nothing at all. Because silence can also speak volumes. Do I regret letting him in on my date? No. Everything happens for a reason and I still have all of 2020 to date…me lol.

With that being said, I am looking forward to my real date in the upcoming few weeks. If you were to take yourself out, where would you go? What would you wear? Tell me down below, in the comment section. Until next time.

Hi, I'm Ash Marie, creator of Striped Anchor. Welcome to my private blog of fashion, Chicago city dining, and whatever else I feel like sharing. Please feel free to comment, suggest, and like all at once. Cheers :) View all posts by athomas1014 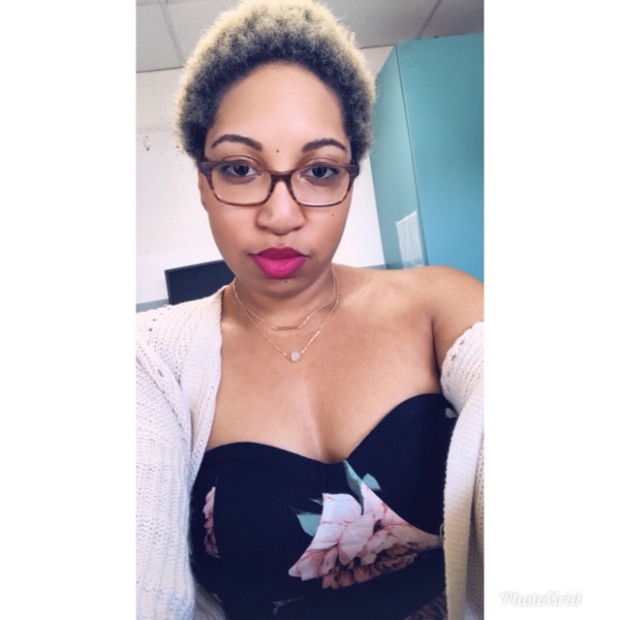 Welcome to my personal blog of fashion, Chicago city dining, and whatever else I feel like sharing.

Please feel free to comment, suggest, and like all at once. You can also reach me at stripedanchor@gmail.com.